first4playgrounds installation team recently completed three cycle track thermoplastic playground markings. These have been installed at St Ninians Primary School in Dundee. The cycle tracks are one of our most popular markings. Schools and children love them as they can be used for bikes and scooters as well as athletics. Our team have completed three tracks in total. One for Nursery children, one for infants and one for key stage 1 years. 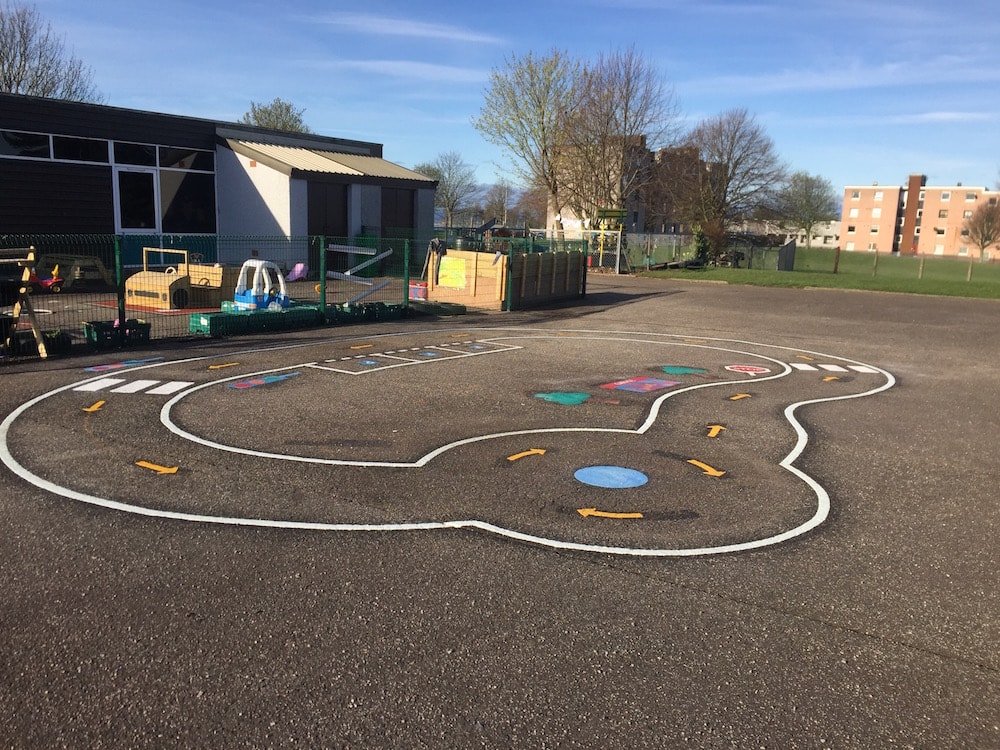 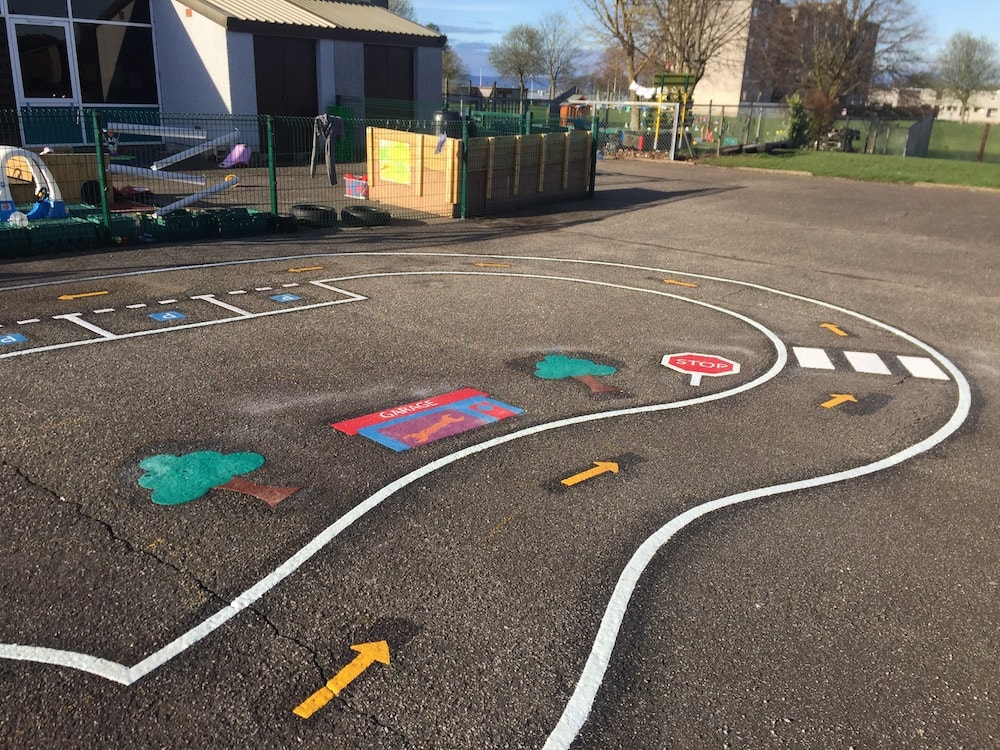 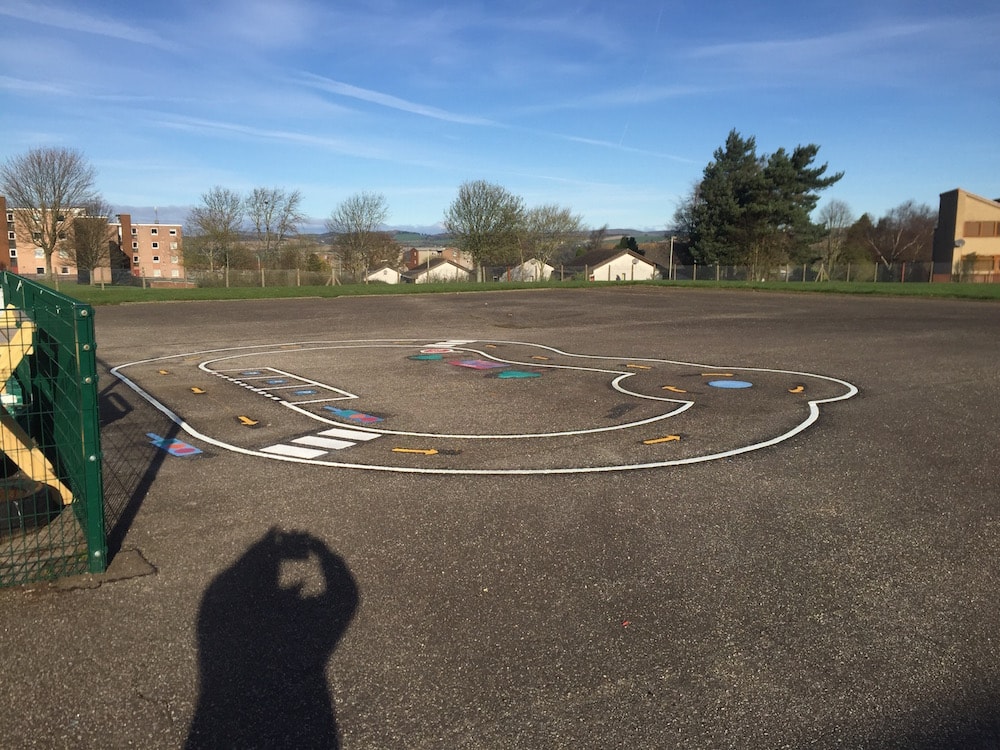 This track was specifically designed for children in nursery. It is the most colourful of the three tracks with a house and trees and it was the smallest of the three cycle tracks. 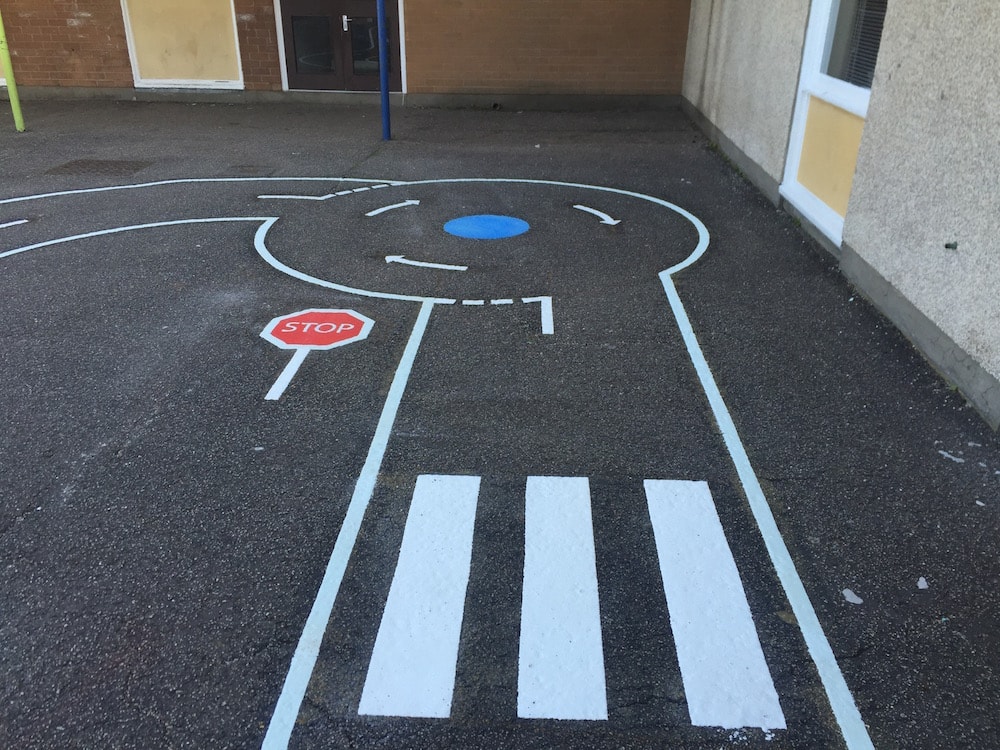 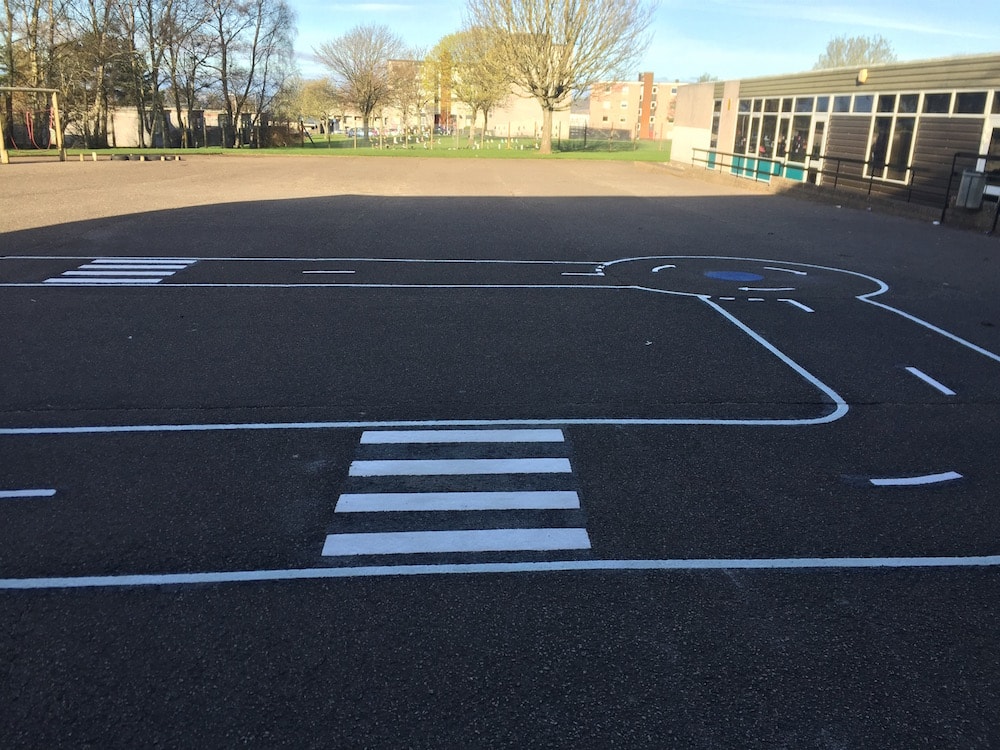 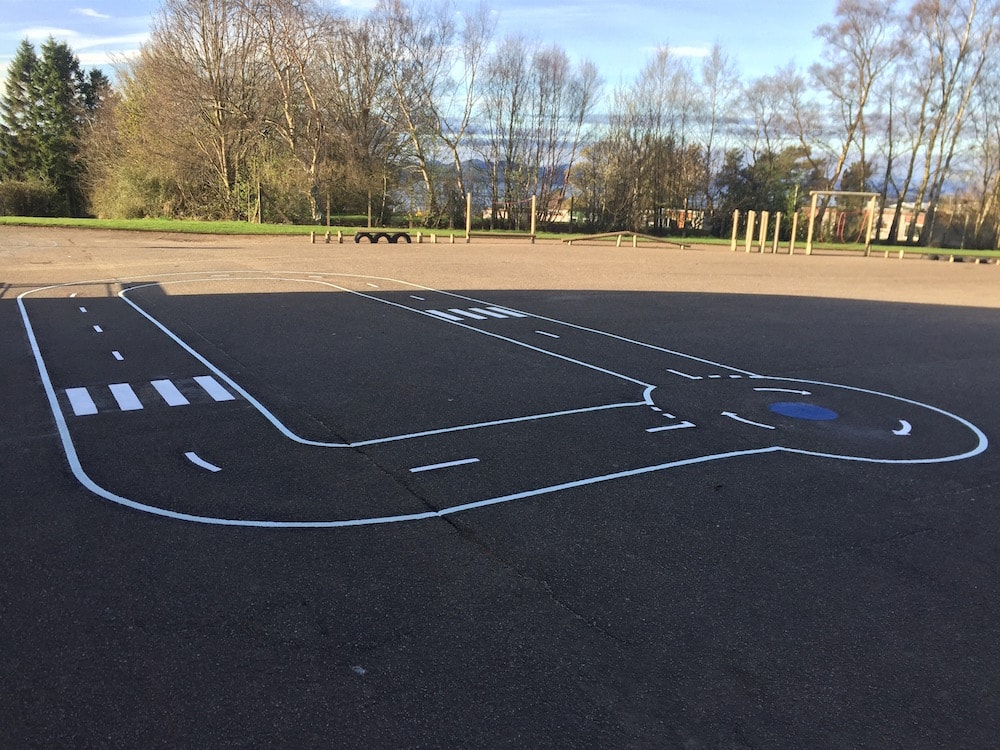 Next our team completed the infants cycle track. This Track being slightly larger than the nursery track and less colourful, containing just two zebra crossings. 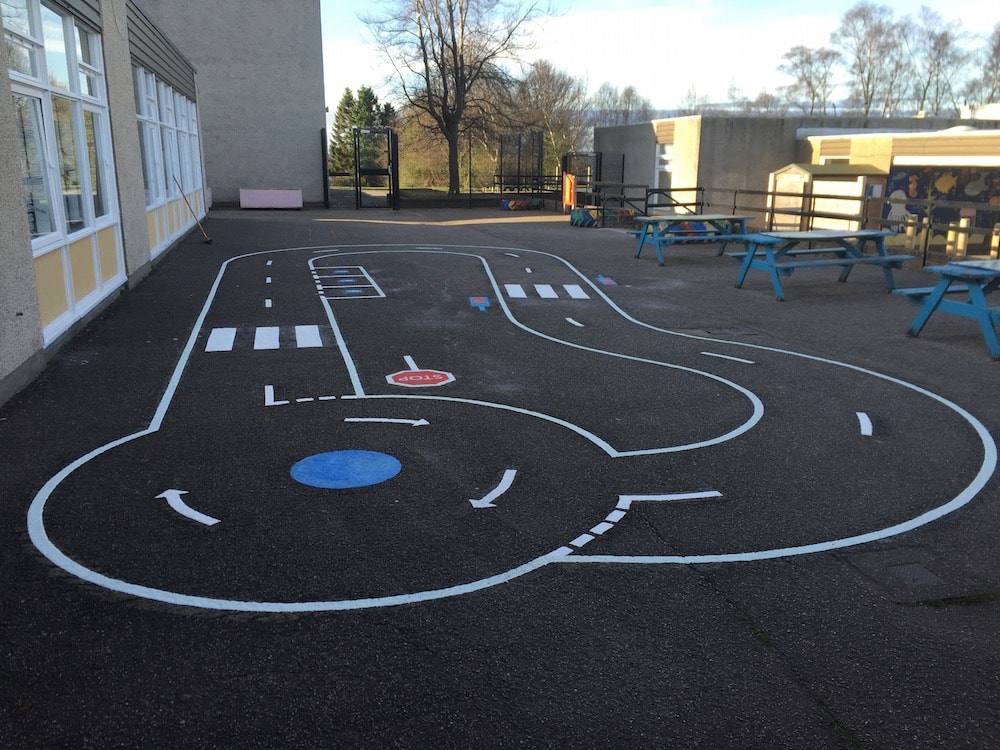 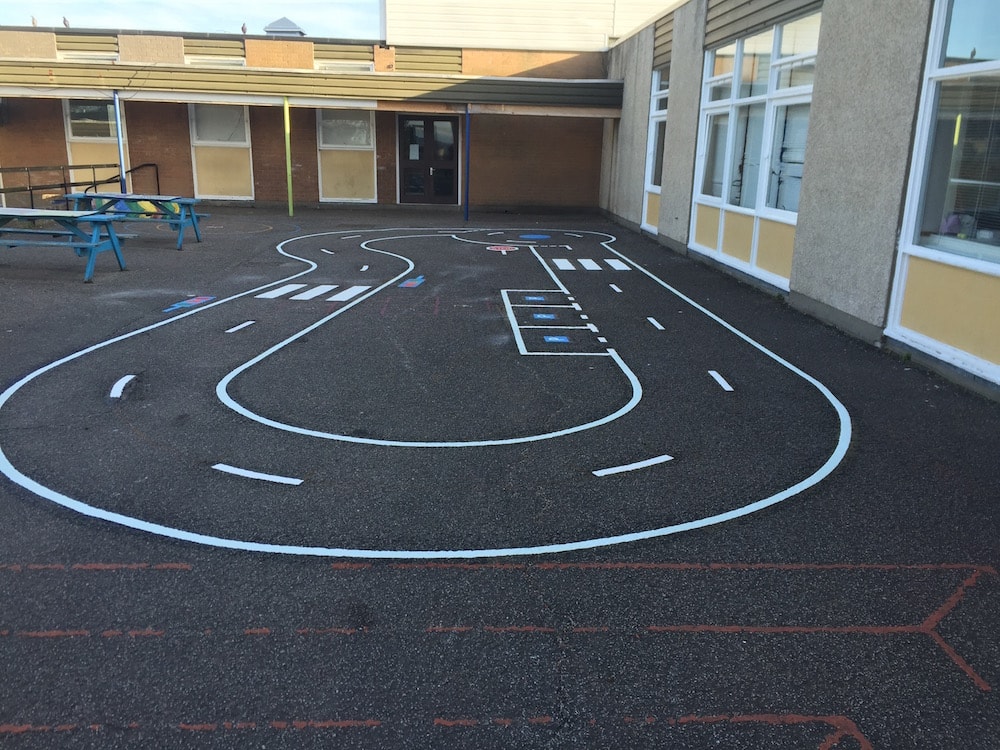 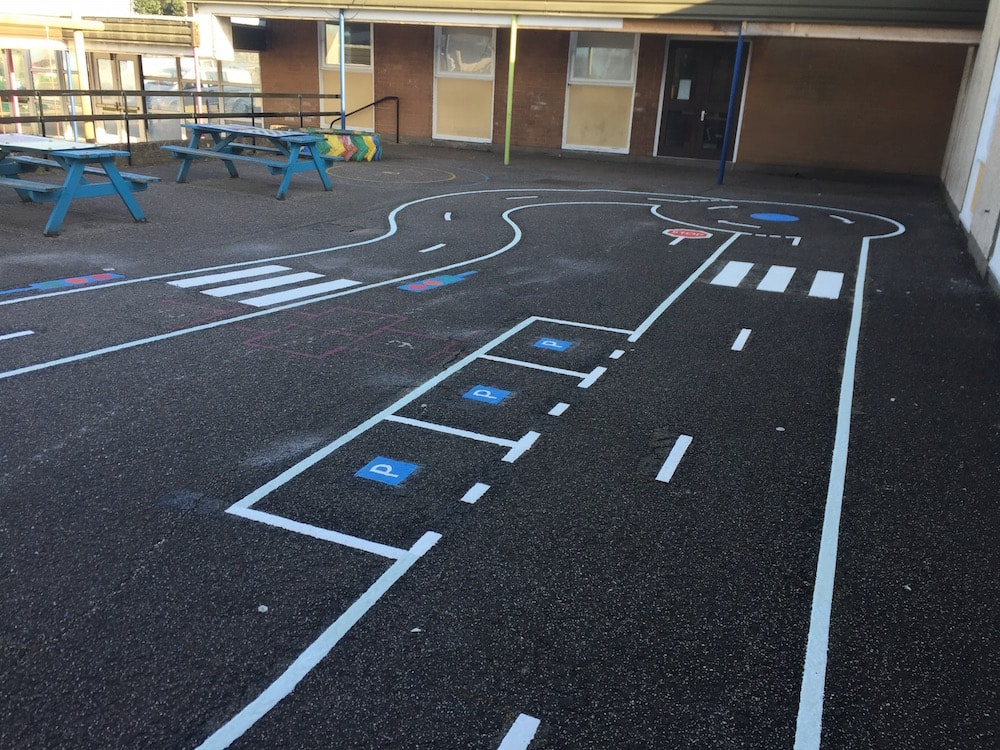 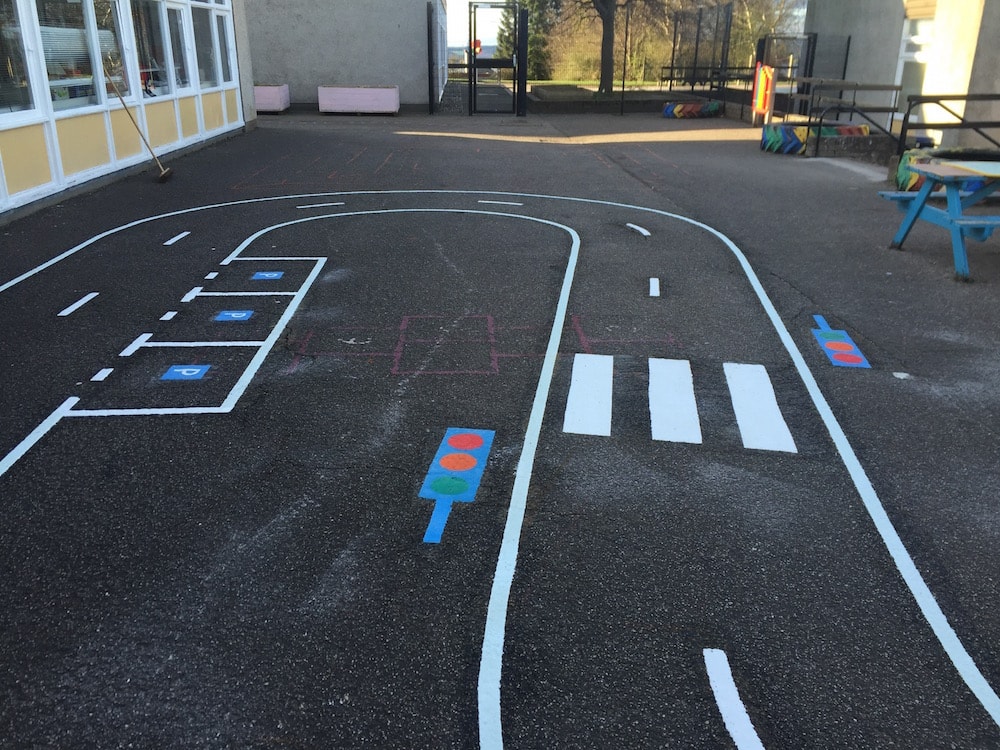 This was by far the largest of the three cycle tracks. Containing three parking bays, a set of traffic lights and two zebra crossings.