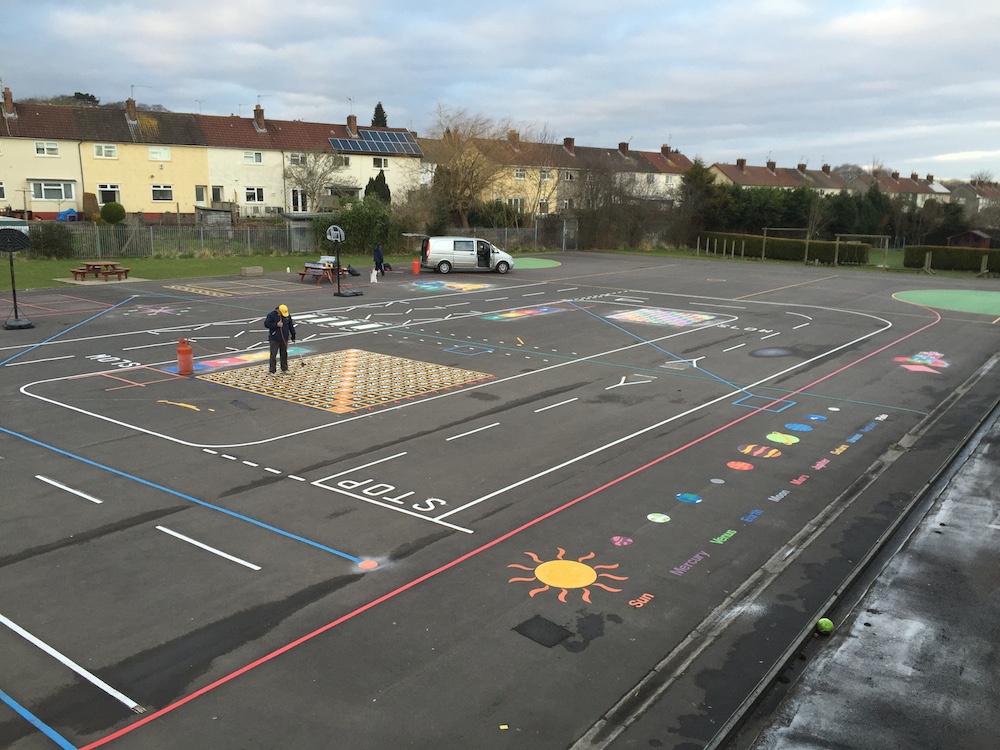 The markings included a word map showing the continents and oceans, a UK map, the planets of the solar system which will be used for science and geography lessons. For maths lessons we provided a 1-100 solid grid for the younger children and a 12 times table line grid for the Key Stage 2 children. For the PE lessons we installed a rounders court, cricket pitch, football pitch and netball court. To make the goal areas stand out we painted the tarmac with a high quality water-based acrylic coating for macadam supplied by Britannia Paints. 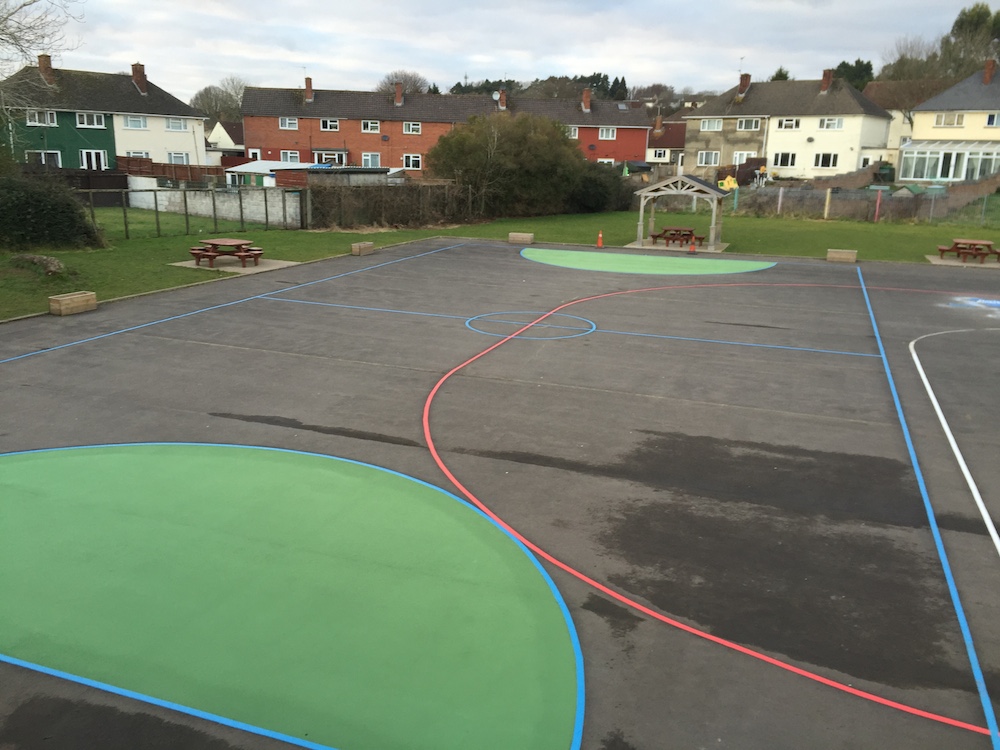 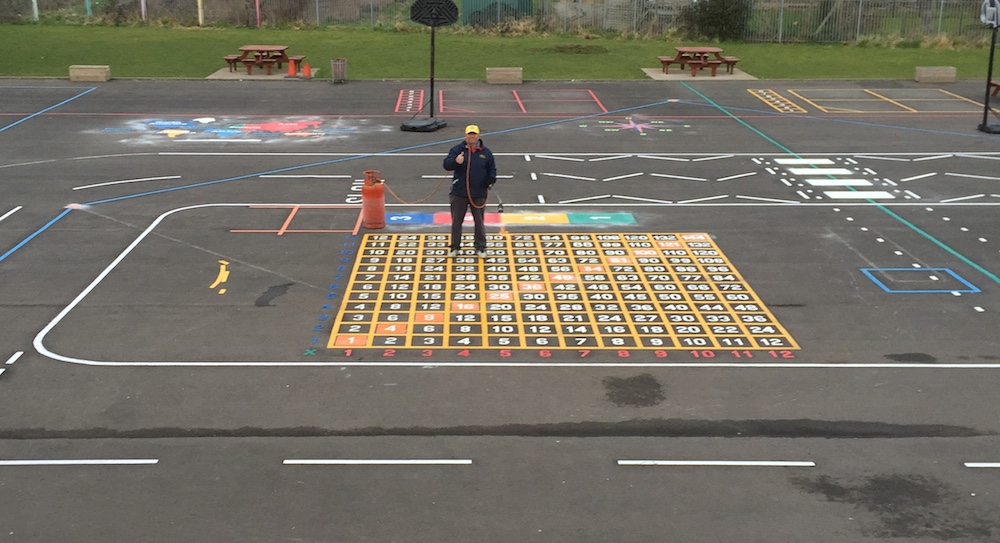 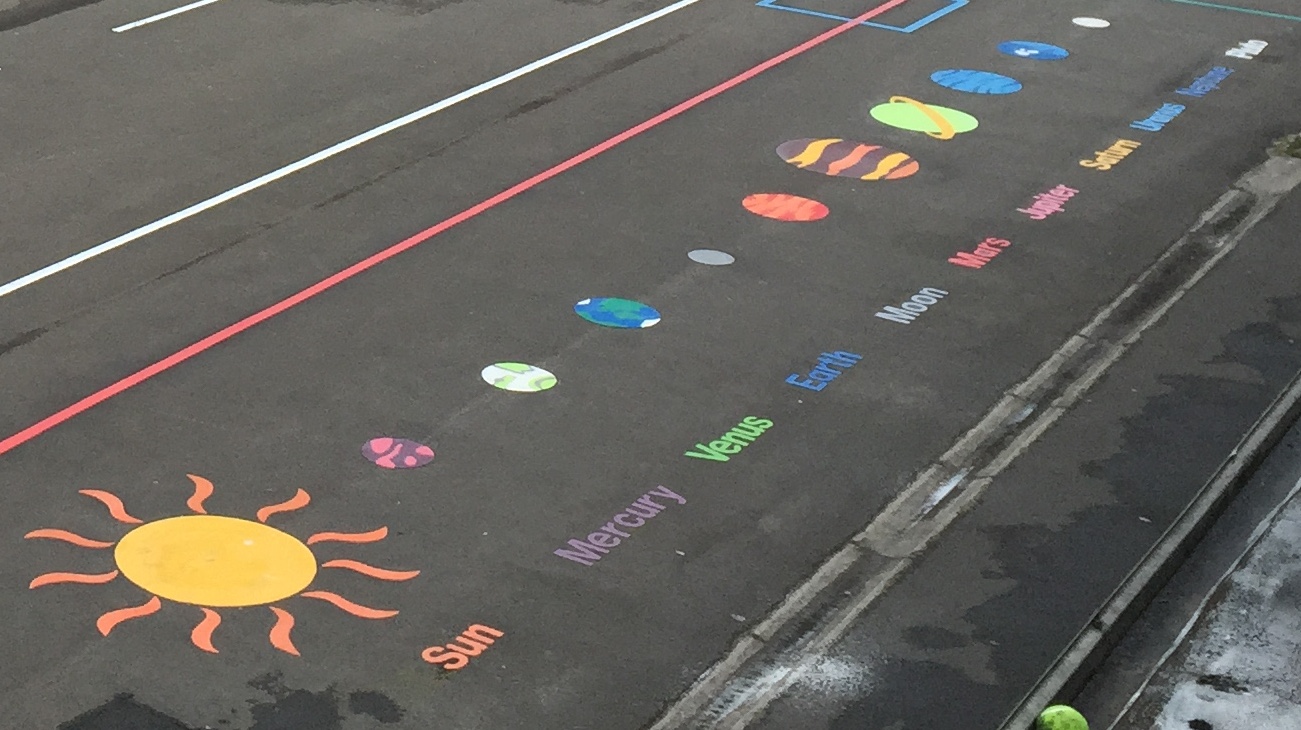